They say it’s harder to get into the film industry than to get Vin Diesel to quit making Fast And Furious sequels, and they would be right.

Getting into the film industry is no joke. There are hundreds if not thousands of other better qualified, better-connected aspirants out there all looking to get a slice of that Hollywood pie, but the sad news is that there’s just not enough to go around.

So what should you do?

Give up on your lifelong dream and take a tedious office job where you’ll live the rest of your life in regret and forever wonder at what could have been?

Here’s another: Try out Shant Tutinjian’s Guide for making it in the film industry and maybe, just maybe, stand a chance at succeeding in Film.

Who Is Shant Tutunjian?

You’re probably wondering, “Who is this Shant Tutunjian guy anyways, and why is listening to him better than that single blog post I read on how to make it big in Hollywood?”

Well, Shant Tutunjian is a producer, actor, and executive producer with more than 20 years of experience in the film industry, and he’s worked with top companies in the industry such as The Game Show Network, Lionsgate, and E! Entertainment. If that’s not enough for you, he also has his own media company called Train Media Inc., and he’s listed as one of the executive producers on the hit show Legendary, which premiered on HBOMAX.

How Do You Get in?

Now that we’ve established that Shant is a big shot in the media world and someone you want to pay very close attention to, here are his tips on how to wiggle your way into the film industry.

Unless you’re really talented and lucky, or you’ve got the power of nepotism on your side, you’re going to have to start your journey into the film industry from the very bottom.

By the bottom, I mean down in the trenches, doing work that nobody wants to do, like getting coffee or running mundane errands, and what’s worse, doing it with a smile on your face and without complaining.

It sounds terrible because it is, but it’s also what shows the big bosses that you’re ready to work and can just convince them to take a chance on you.

Don’t expect something too big right away, though; it might be something so simple as your boss taking you on another project or giving you a small raise; appreciating the little things is a sure-fire way to get even bigger things.

Shant guarantees that your early days in the industry won’t be much fun, and that’s putting it lightly. It can be frustrating getting started in film. No one is willing to take a chance on you or even look at your work even though you have a degree from the American Film Institute and your ideas are ten times better than the tired old stories being pumped out everyday.

However, Shant’s advice is to “believe in yourself and never give up.” He doesn’t sugarcoat it. Working in the film industry is hard, but if you hang on just a little bit longer, you might just achieve your goals.

In the film industry, a runner does any and every task that is needed to keep filming running smoothly. It’s an entry position, and the pay Is terrible, but it’s a good idea if you’re thinking of building up some experience. It’s how Shant got started in HBO films. He worked hard at his job, and he was subsequently hired full-time. From there, he got the chance to work with top companies in the industry and eventually even produce his Tv show.

Get Your Work Out There.

If slaving away from 9-5 for the chance to maybe get noticed by someone in the industry doesn’t sound like your cup of tea, then there is one last method you can try.

Getting your work to go viral is a great way to get noticed by the top dogs in the industry. And it’s the same way a lot of popular names like Addison Rae got their start.

So, start creating. If you’re an actor, star in an indie flick, or make short videos and upload them to Instagram. If you’re a director, get to directing your first movie.

Get creating and make sure your work is visible to anyone looking. You never know; you may just catch the eye of someone important in a good way.

The film industry is a very hard business to crack; this is very true. But if you have a passion for creating, an unshakable tenacity, and a will to apply any of the tips shared above, then you might just have on your hands a recipe for success. 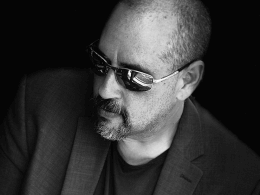 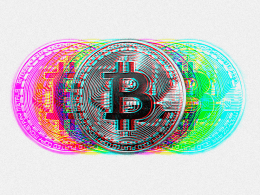 Crypto artworks are digital artworks that use cryptocurrency technology to create unique and immutable artworks. Bitcoin and Ethereum…
byGrowth Illustrated 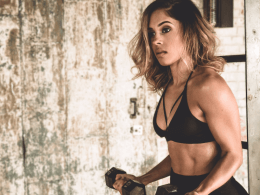 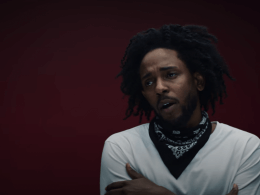