Animated series and movies have always allured fans of all ages. Whether you are an adult, teenager, or child, the unprecedented success of the vibrant universe has hit everyone at some point in their lives.

While different individuals cater to contrasting characters and genres, ninjas have often enjoyed an unmatched response from all and sundry. Come 2022, and a popular series from the past has set the internet on fire, fans anticipate the hype on a whole new level.

“Ninjai – The Little Ninja” may sound similar to audiences from the 2000s, which will make a comeback but on a bigger scale.

The idea behind a child protagonist, titular good and evil characters, powerful philosophical and spiritual themes, and the sum-up of martial arts with modern production technology will undoubtedly give goosebumps.

If that’s not exciting, what more can it be!

“Ninjai – The Little Ninja” depicts a story of a young ninja who sets on an adventure to forage his past. Ninjai strolls the ancient world, encountering good and evil characters throughout his journey.

Ninjai packs a lot of innocence and curiosity but has skills equivalent to master ninjas. His quest takes him to exotic locations and faraway lands, where he encounters enemies and friends.

The character exhibits a perfect blend of action and wisdom, generating more interest among the audience. Scenes like Ninjai interacting with his little bird give a glimpse of his innocent nature, while battle sequences present him as a formidable warrior.

Although the plot may follow a similar pattern to many outstanding ninja genre movies, Ninjai – The Little Ninja garnered more attention as the concept of a child warrior battling more powerful and more significant foes was unique.

Furthermore, the balance of heartwarming comedy scenes and endearing interactions keeps the audience hooked throughout the plot.

Why did the “Ninjai – The Little Ninja” web series become popular?

Besides having a relatable and comprehensive storyline, the web series stood out from its competition in many ways. The bits and pieces of character designing, landscapes, engaging storyline, and production quality improved as the web series progressed, improving in all aspects as the series grew older.

Hand-crafted sketches, frames, and battle segments were impressive, and the stunning production ensured that the audience got immersed in the plot. Furthermore, the makers used the animation techniques to good effect, providing a well-balanced product.

Despite being a passion project, the makers presented a well-balanced mix of animation, wisdom, and martial arts sequences to cling to the audience. In short, the web series achieved a feat that most of its peers could not produce and became a masterpiece in the early 2000s.

What happened to the “Ninjai – The Little Ninja” web series?

After successfully running the web series in the 2000s, the makers decided to halt the series and took it down from all platforms. Word of mouth for the series got so intense that fans who only heard about the series were left to pick bits and pieces of short clips from popular streaming platforms like YouTube.

In short, it wasn’t enjoyable for fans as the independently produced web series was more promising than other projects. The small team had created a masterpiece, and despite the lack of big-budget support from major production companies, the web series enticed fans of all ages.

Thankfully, recent online rumors have sparked the internet on fire, as a possible resurrection of “Ninjai – The Little Ninja” is on the cards.

The comeback of Ninjai as a feature film will undoubtedly reunite fans with the 2000 classic, and we bet it will be a treat to watch.

“Ninjai – The Little Ninja” feature film – what to expect

Judging by the success of the web series, the makers will want to continue the storyline without changing the core story. The innocent character with the skills of an avid ninja master will return to rule the cards, and it won’t be a surprise if fans celebrate the feature film more than the web series.

Besides Ninjai’s formidable warrior skills, the presence of comedy segments will also make the movie engaging, while the peaceful interactions with different characters will deepen the storyline.

It’s interesting to see how the team implements modern production technology in their movie to make it larger than life. For instance, “Ninjai – The Little Ninja” packs many landscapes and visually artistic scenes. So the makers will be keen to make the visuals more appealing and exuberant.

Why will “Ninjai – The Little Ninja” be a massive success?

The innocence and wisdom of Ninjai made the web series famous, which will undoubtedly return in the upcoming feature film. The character’s philosophical and spiritual connection with other characters will highlight the different aspects of the forthcoming movie.

Ninjai helped millions of fans relate to their childhood, where everyone dreams of becoming a formidable warrior. These aspects have made the web series wholesome entertainment, and the upcoming feature film will escalate this notion to a whole new level.

Furthermore, the character’s relatable personality also reflects the ideologies we carry as a child, where we create some powerful themes for friends and foes. In short, “Ninjai – The Little Ninja” will become the perfect escapist entertainment for everyone and garner responses from all walks of life.

When can you expect the “Ninjai – The Little Ninja” feature film?

After rumors circulated about the upcoming “Ninjai – The Little Ninja” feature film, fans have set the internet on fire. The teaser trailer added fuel to the ongoing anticipation with the feature film slated to release in 2022.

Many industry experts believe that the feature film will hit the shores in mid-to-late 2022. Furthermore, many Ninjai fans have also estimated a similar timeframe for the release.

However, the official Ninjai site is under maintenance, and there is no current update from the makers. However, the silence can also mean that the franchise is gearing for the launch, especially when you consider a passion project backed by a small team of animators.

“Ninjai – The Little Ninja” is a dream project for the “Ninja Gang,” The makers will ensure that they hit the hype with outstanding visuals and storyline.

While speculations and predictions will only add more hype, “Ninjai – The Little Ninja” will undoubtedly recreate the magic of the popular web series. 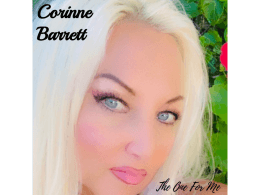 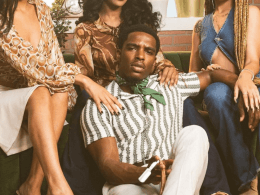 Akeem Ali or Keemy Casanova, his alter ego, is all set to bring back some nostalgic music for…
byGrowth Illustrated 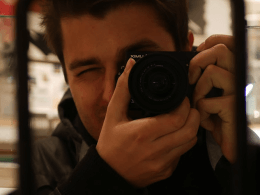 A guide to living the fulfilled life you dream about. You’ve probably made a couple of excuses today…
byGrowth Illustrated 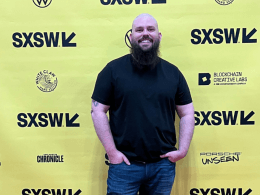