There is nothing like an overnight sensation to encourage those who want more out of life. For many people, it is the type of thing they come across on Instagram modeling. Katiana Kay is one of them.

A peek behind the curtain would reveal that things aren’t quite what they appear to be. Even the most impressive performers, who appear to be achieving stardom at an incredible rate, have had to make some progress.

Katiana should know. The models on Instagram utilize a variety of platforms and networks like TikTok, Instagram, and OnlyFans, to distribute her work and convert it into possibilities. She’s new to the business, but she has a large following due to her attention to detail. By performing things properly, she was able to quickly establish a solid fan base.

Tips for Growing a Following Fast from Katiana Kay

Creating high-quality material and getting people to notice it is the best method to develop a following as a content producer. When it comes to content marketing, these two usually go together, and it’s feasible to produce a video that does the promotional work on its own, which happens when videos go viral.

The success of a viral video and its propagation are examples of how certain basic concepts of content generation work, such as finding demand while being ready to take a risk. But that is simply the beginning of this viral video.

Majority of the time, creating content is a lengthy process that includes trying and failing, and finally attempting again. Katiana sometimes struggled to select the best image among the many she took.

In addition, many takes are also required for each video. It takes dedication, a genuine affection for it, and a good self-care routine, which Katiana possesses in abundance.

Some would argue that it requires a vision for future goals to create content on a daily basis. There is a time limit to the modeling profession. If you’re a budding entrepreneur and also a model, you’ll be able to capitalize on what advantages you can achieve from modeling and put them to use for additional business endeavors.

For Katiana, this implies a hemp project she recently introduced known as Bay Smokes. This campaign is only an example of what this Instagram marketing model is all about: mental health, natural items, and helping individuals to reconnect with themselves and nature.

She sees herself as a business owner in those industries and is beginning to make her vision a reality with her own brand of goods that provide a well-rounded experience for a better life.

What is the best strategy to become a successful Instagram model? It would be simple to presume all it requires is a good figure when looking at Katiana. However, it’s not all that. It’s also about knowing the company, making content, publishing, and promoting it in order to get the right opportunity, as well as persevering through it intact.

One factor that helps Katiana succeed as an internet model is her ultimate objective, which is to portray herself as a successful model and entrepreneur who also accomplished her goals in such a way that benefited others. That may be worth any amount of reshoots. 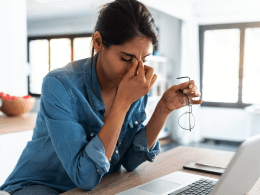 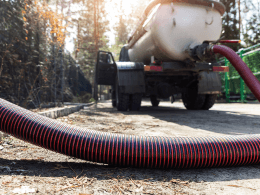 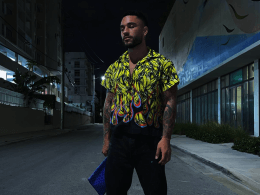 Standing head-on with some of the biggest names in the rap industry, KVMRON is making history alongside them.…
byGrowth Illustrated 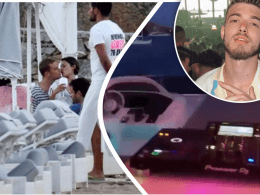 Engjell Berisha, known as Engjiz, a popular musician and songwriter, was recently seen on Mykonos island of Greece…
byGrowth Illustrated